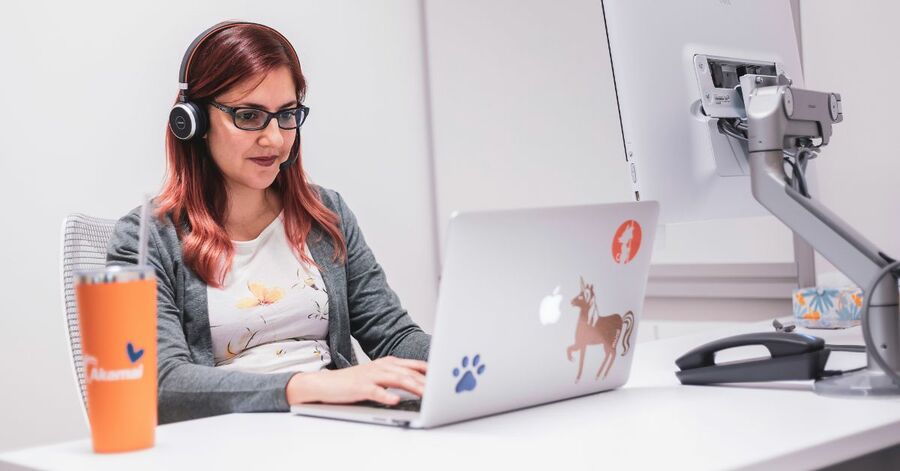 Being recognized as a cybersecurity pioneer isn’t something every company can boast about. But Akamai can, and it has more than earned the right. In a world where cyberattacks have reached an unimaginable scale, Akamai has managed to stand out by facing such challenges. In doing so, it has gained international recognition.

“In March 2012, Akamai decided to leverage Costa Rica’s sophisticated bilingual workforce, and opened our first center of excellence in San José,” said Tom Leighton, CEO and co-founder of Akamai Technologies, Inc. “What started 10 years ago with only six workers grew into beautiful offices downtown, where 500 Costa Ricans assist and protect our customers all over the world, helping billions of people live, work, and play every day.”

The Minister of Foreign Investment ad interim, Paula Bogantes shared, “The government is committed to continue its hard work to develop talent in specialized areas. Companies such as Akamai, through its multiple programs and training centers in the country, have been essential strategic partners. The strengthening of broadband connectivity, 5G and cybersecurity as fundamental elements of a more competitive business climate are other initiatives in which the government works to improve the country's competitiveness”.

Akamai’s operations in Costa Rica play an important role in the company’s successful cybersecurity services, in particular its Professional Services and Support unit. In addition, the engineering teams that manage and design the key components of the company’s security solutions are also based there. Its Security Operations Command Center (“SOCC”) is pivotal to ensuring Akamai’s customers’ online content is kept secure. The Center is a centralized unit where people, processes, and technology work to monitor, detect, analyze, and respond to cybersecurity incidents.

“When COVID-19 hit, the trends that were observed in the first half of 2020 accelerated, driving our security and delivery businesses. From threats to remote working, online education, over-the-top media services, and gaming, we saw an increase in attack surfaces and thus an increased need for cloud-based security,” said Scott Lerner, Vice President of Global Services and General Manager at Akamai Costa Rica.

Cybercriminals leverage collective bandwidth to launch large-scale attacks against data centers that have limited capacity to defend themselves. Akamai’s solutions build a viable defense and stop attacks, preventing them from reaching data centers, or even entire countries.

Akamai has several SOCCs, including one in Costa Rica, which opened over two years ago and operates 24/7. This SOCC has now become a key global operating center. It employs highly qualified engineers who have played an important part in the continuous growth of the office in Costa Rica.

“We have joined Cybersec Cluster to continue to drive the country forward. Costa Rica has a renowned reputation for multinationals, and we think we can deliver sustainable productivity. Akamai guarantees enterprise customers that their users can perform secure, fast, and easy transactions on any device, from anywhere in the world, while protecting against cyberattacks,” said Scott Lerner, Vice President of Global Services at Akamai.

Eric Scharf, president of the Costa Rica Investment Promotion Agency's board of directors, highlighted, "It is a privilege to have distinguished companies such as Akamai in Costa Rica. Not only are they operating successfully in the country, but they also come ready to collaborate and establish synergies between industry sectors. This makes Costa Rica increasingly competitive and able to stand out as a regional leader in cybersecurity. Online security and data protection are a priority and included amongst the top five trends among service companies in our country. This area employs more than 101,000 people in Costa Rica, allowing the country to offer knowledge-based services from highly qualified employees. Already, the sector has reached record figures of US$6,412.8 million in exports.”

The company, based in Cambridge, Massachusetts, set up its first customer service center in San José in 2012. One year later, it moved to a larger facility at the Escazú Corporate Center, and in March 2019 built a new space at the Roble Corporate Center. As of the third quarter of 2022, it had more than 500 associates who work every day to ensure customers’ security online. Akamai Costa Rica hopes to celebrate many more years in the country, while ensuring the cybersecurity of its customers and strategic partners.

About Akamai
Akamai powers and protects life online. Leading companies around the world choose Akamai to create, deliver, and protect their digital experiences, meaning that it helps millions of people live, work, and play every day. Thanks to the world’s most widely used computing platform, from the cloud to Edge, our customers can develop and run applications easily, while we bring experiences closer to users and keep threats away. For more information on Akamai’s computing, security, and delivery solutions, visit akamai.com and akamai.com/blog, or follow Akamai Technologies on Twitter and LinkedIn.